In this TechNote I’m going to talk about the buffering of a FMS (or FCS) stream and about the implementation of a dynamic buffering scheme for recorded streams.

Subscribing a pre-recorded FMS stream, it’s possible to define a subscribing buffer with the method netStream.setBufferTime(N). The buffer behaviour is indeed very simple and similar to that of other media streaming servers. The FlashPlayer receives the stream and archives it until the buffer is full, at that moment, the stream starts to play and the Flash Player tries to keep the buffer full to its nominal lenght. If the bandwidth is insufficient, the buffer slowly decreses; when the buffer is empty, the playing is stopped until the buffer reaches again the desired lenght. The picture below illustratse the buffer behaviour related to an ipotetic profile of available client-server bandwidth.

We have seen that with this standard, static buffering method, if bandwidth decreases under the required value, the buffer may be insufficient to compensate the bandwidth void and one or more rebuffering may be necessary to get over. Obviously with a bigger and deeper buffer, this could not happen.

We must indeed choose a buffer depth thinking that:

1. to prevent rebuffering, the buffer must be deep. A deeper buffer can compensate a longer time lapse with insufficient bandwidth.

2. a buffer to much deep means an higher buffering time and probably a worst viewer experience.

Why then not to use a dynamic buffer instead of a static one ?

The rise of the dynamic buffering

Using the onStatus event of our netStream object, we are able to recognise when the buffer is full or empty. So, we can set a starting buffer lenght and then, reached the buffer full status, we can set it to an higher value to exploit the bandwidth eventually in excess. If the buffer goes empty, we can lower the buffer lenght again to the starting value. The code is quite simple:

Compared to the previous behaviour, when the Starting Buffer (SB) is full, the buffer lenght is enlarged to exploit the amount of bandwidth beyond the required. Until the time T2, when available bandwidth decreases under the 100%, the buffer continues to fill. With this “supply” of video, the lack of bandwidth between time T2 and T3 is handled without video interruptions. At time T3 bandwidth returns over the 100% and the buffer grows again.

If the video is often seeked, may be usefull to set a mainBL not too high.

Dynamic buffering in progressive downloaded video is useless, because the download is inherently dynamic, infact while the buffer fills, the whole flv is cached by the player, even beyond the buffer. 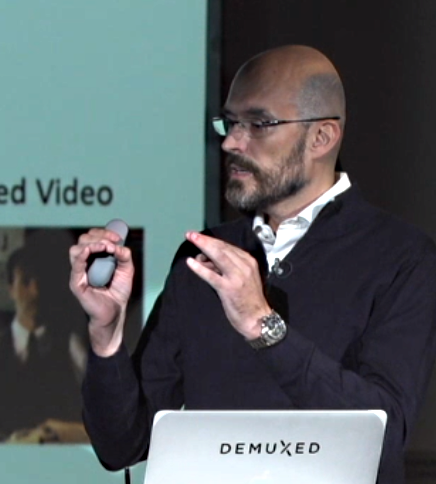